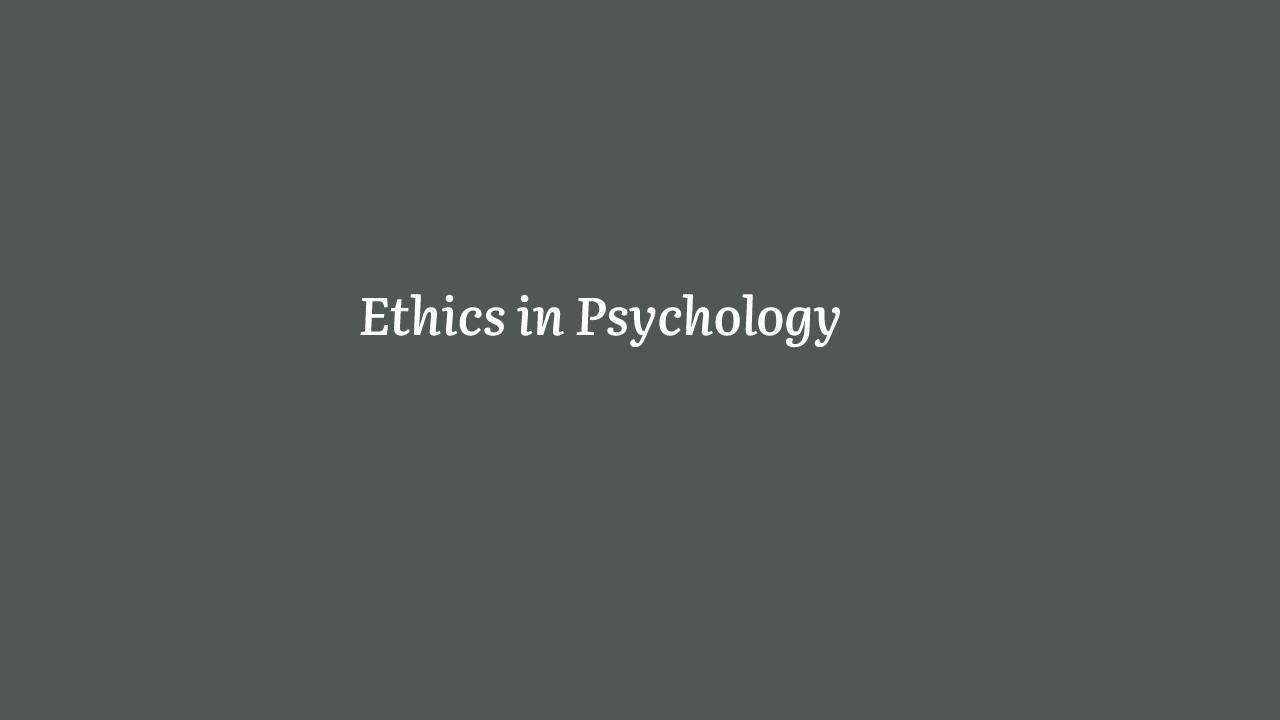 Nowadays, the Little Albert experiment conducted by American psychologist John B. Watson in 1920 is considered an outstanding example of an unethical study in psychological science, and there are a number of solid reasons for it. Given the very nature and the outcomes of the experiment, its main problem, which would make it impossible to conduct this study today, is the absence of a consciously given consent by an individual participating in the test. It goes without saying that a child under 1 year (Albert) was not able to analyze in any way the offer to take part in the experiment and to make a decision considering benefits and harm. Hence, it is apparent that Watson had completely neglected the “Respect for People’s Rights and Dignity” principle of the APA’s Code of Conduct, which says that a psychologist ought to respect the person’s right to self-determination as well as be aware of individuals’ differences based on age (and other factors) and take them into account (“Code of Conduct”). Moreover, this experiment undoubtedly lacks the “Beneficence and Nonmaleficence” principle, which states, “Psychologists strive to benefit those with whom they work and take care to do no harm” (“Code of Conduct”). As the video shows, the experiment had led to a development of strong negative reactions of the child, who started to unconsciously associate the previously pleasant objects (furry animals) with an extremely unpleasant and disturbing stimulus (noise) even though the latter had disappeared (Van der Steen). By conducting his experiment with a newborn, Watson had explicitly disregarded the principle mentioned above and simply ‘gifted’ a child with strong phobia as an outcome of this classical conditioning case (McLeod).

Although the experiment conducted by Watson lacks ethics in many aspects, it could have met APA’s Code of Conduct and ethical standards. Primarily, the doctor should have chosen another (older) person to take part in the experiment as this individual should have been able to make a conscious decision about his/her participation and to accept the testing conditions. Furthermore, he must have warned this person in advance about the possible dangerous outcomes of the test. Finally, the psychologist should have primarily considered the necessity not to harm a person participating in the testing and prioritized his/her health and welfare over the experiment itself when they were in contradiction.

This last consideration is an essential one that unfortunately was not present in Watson’s experiment. Having conducted the experiment with a little child who had thus obtained a specific fear, the psychologist seems not to consider this aspect. Given the extreme vulnerability of the person under investigation, Watson could have used some positive stimuli in his experiment so as not to traumatize the child at such an early age; if so, the benefits of the study could have outweighed the harm produced to Albert. Moreover, the baby could have been less affected (thus, the study benefits could have been more obvious) if Watson had reconditioned Albert not to be afraid of those stimuli anymore; yet, he had not done it (DeAngelis).

Hence, as for today, the Watson’s experiment would not have any chances to be considered a credible and decent study as it completely neglects fundamental ethical issues. The red line between the Little Albert experiment and other studies conducted in full adherence to ethical principles lies in the very respect for individual’s rights as well as in transparency regarding test conditions and possible outcomes. Therefore, the person that gives consent to take part in the experiment should perceive no pressure to make the decision and has to be sure of the psychologist’s good intentions and harmlessness of the experiment.