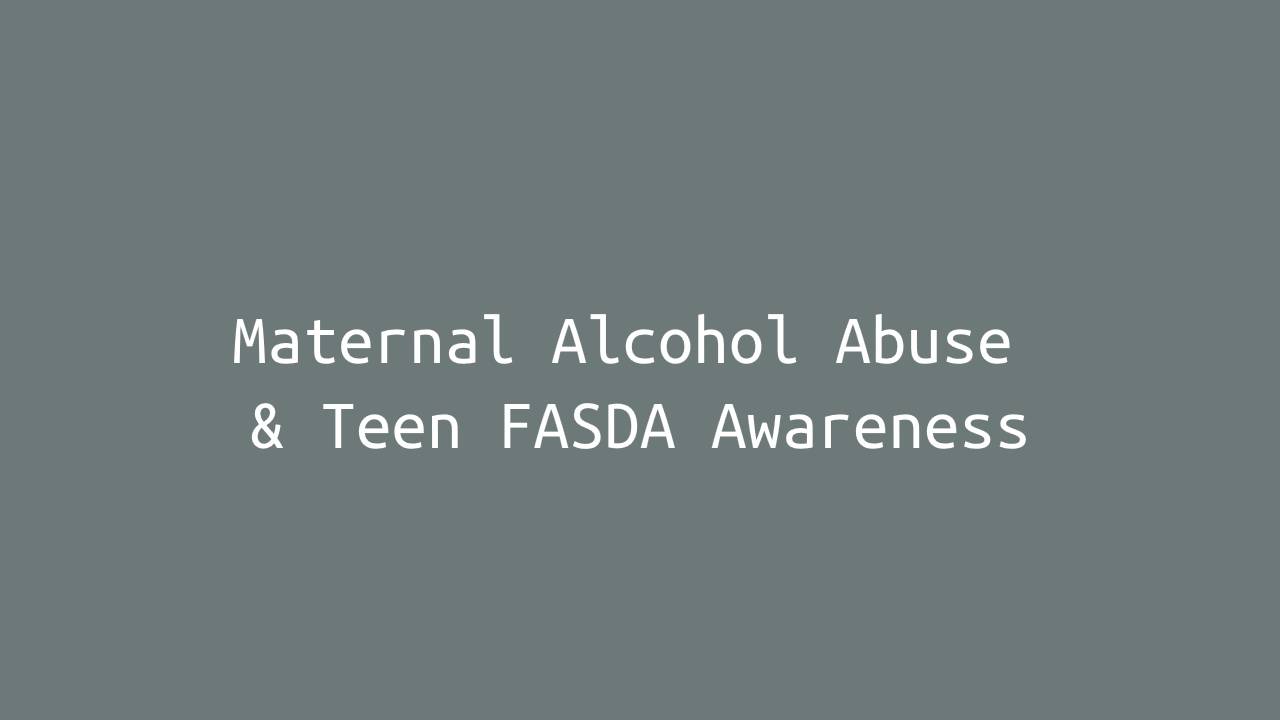 After reading the text and watching the movie, one learns about important issues. Generally, many mothers do not know that the use of alcohol causes mental retardation in their children. “The leading known cause of irreversible mental retardationin the western world is a common legal drug called alcohol” (Ashford, 2013). Many mothers regret that they consumed alcohol when they understand the truth. This is the case where they realize that their children were affected by their drinking habits. They wish that they would have avoided this, but it is too late. Considering that every mother ha wishes good to their children, they end up living with depression when they realize that the condition of their children was caused by their alcohol abuse.

It is obvious that there are many mothers who do not know that their drinking habits affect their own children. The government and non-governmental organizations need to carry out awareness campaigns to inform mothers that they need to stop drinking before planning to get a child. They should never drink even smallest quantities of alcohol. Even after birth, the mothers should not engage in alcohol intake. They need to be informed that the earlier they stop drinking alcohol, the better. Such campaigns will help avoid problems related to maternal alcohol intake among the mothers who do not know that they harm their children when they engage in the use of the harmful substance.

In my opinion, fathers should also participate in protecting their children. They have to take the initiative of ensuring that their wives stop drinking before they plan to give birth to a child. The parents should discuss the matter closely and make an appropriate decision about the issue. The children are innocent individuals who should not suffer because of the behaviors of their parents. If the parents know that alcohol causes more harm to their children as compared to marijuana and cocaine, they will be motivated to stop drinking. The husbands of pregnant women also need to stop the behavior and encourage their women to do the same.

The doctors should also take the initiative of counseling the future mothers. They should be informed whenever there is a chance to advise them. They should be told that some diseases of their children cannot be treated, and the only solution is to stop alcohol drinking.

Looking at the issue of maternal alcoholism, it is obvious that drinking mothers are responsible for the dangerous behaviors their children engage in, and this occurs even after the teenage period. It means that violence and other criminal activities in the society can be stopped if mothers take the advice of avoiding drinking completely.

Since mothers hope that their children performed well in their exams at school so that they can improve their lives, they have to be informed that the children may not achieve this if mothers are alcohol abused. According to Ashford (2013), alcohol abuse is a leading preventable cause of mental retardation. There is no reason for mothers to engage in alcoholism if they hope that their children would become well-educated and responsible individuals in the society.

People need to realize that there are mothers who are already addicted to alcohol. Ashford (2013) claims that “the women who use drugs during pregnancy often know the risks to the fetus but are unable to stop the abuse because of the nature of their addiction”. Responsible people have to take them to rehabilitation centers and give them the necessary counseling so that they can stop the habit.

In conclusion, all people in the society should play a role to ensure that FASD and maternal alcohol abuse is stopped. The initiative should start in schools by educating young girls about the dangers of alcohol abuse. Ladies should never engage in alcohol drinking if they are to live a good life with their family members. Government and non-governmental organizations should also take measures considering that children are the future of our society. Every individual in the society should be responsible for ensuring that healthy children are born.