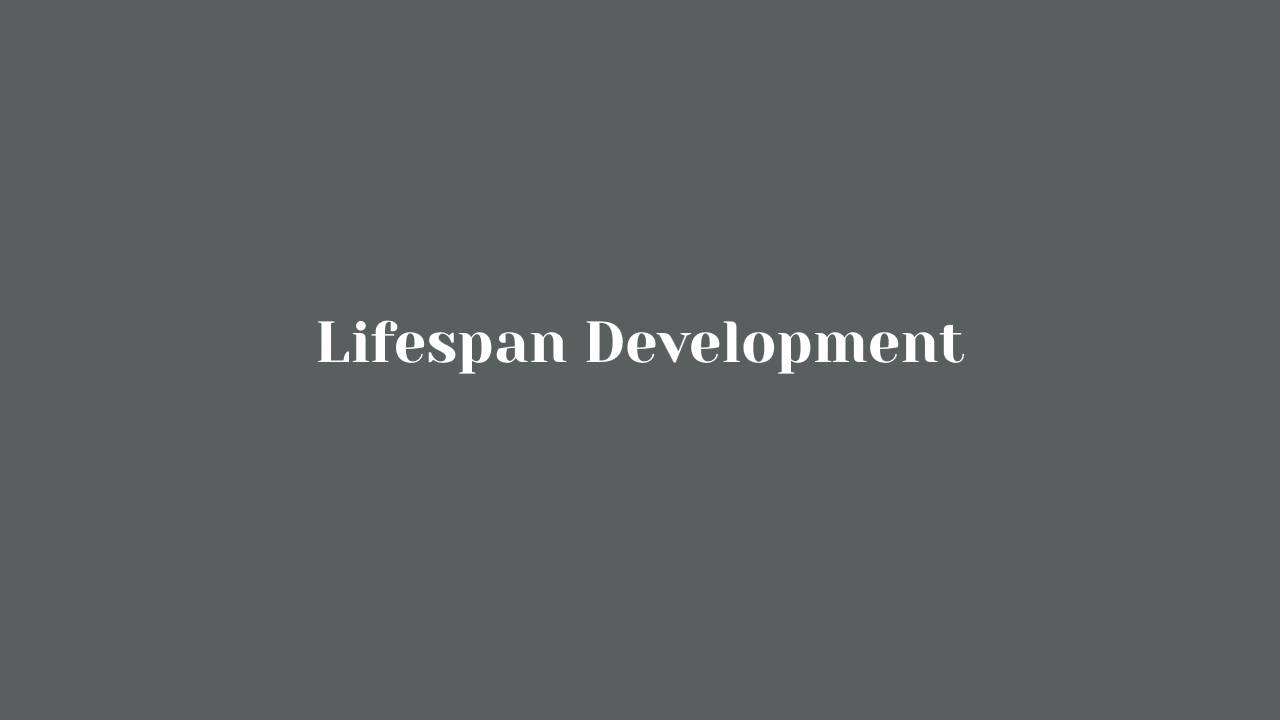 Constant changes and development are present within the whole life of each person. However, a big proportion of these changes and stages that a human being undergoes are a result of biological and psychological heritage and are universal (Coloroso, 2003). This essay will focus on selected discussions that are designed to provide an overview of some developmental stages and occurrences in humans’ lives. The discussions will use different perspectives to look into topics of bullying, teens and technology, life transitions, elderly issues, and death and grieving.

Bullying is an ongoing misuse of power in social relations which can be expressed through repeated verbal, physical, and social misbehavior. The main intention is to cause psychological or physical harm to the victim. It can involve a group of people or an individual who are perpetrators or victims respectively or vice versa (Hixon, 2009).

The most common type of bullying is verbal bullying which implies using teasing names, threatening, and intimidation against an individual. Victims of verbal bullying are submissive and anxious. They lack assertiveness which makes them an easy target for bullying. Moreover, they have lower peer acceptance and are mostly isolated. Additionally, a child or teen with a learning disorder is more likely to be bullied as a result of the sickness (Hixon, 2009). Children who are overprotected by parents are also vulnerable to bullying as they are not used to household conflict, which means they do not know how to argue. On the contrary, more aggressive teens respond to bullies and are able to defend themselves. However, usually these victims may experience feelings of sadness and depression. Furthermore, they may withdraw from social places like school. They slowly develop feelings of aggression and submission resulting to low self-esteem and difficulties in developing social relations. There are numerous cases where they, in the long run, commit suicide (Coloroso, 2003).

Physical bullying involves hitting, taking or damaging a person’s personal things, punching, pushing, or kicking another person. It results in physical harm and injuries (Coloroso, 2003). Victims of this type of bullying usually are physically weaker than their offenders. For instance, teens who are thinner, shorter, and less muscular stand a higher risk of being pushed, kicked, or hit. The victims may suffer physical harm and such symptoms as stomachaches, headaches as well as physical bruises.

Bullying takes different perspectives across gender. Bullying by boys is easily noticeable contrary to that of girls. Bullying by females is more subtle in comparison with bullying by males which is the primary reason why it is hard to notice. Physical aggression is more common among men while girls often use verbal bullying such as indirect rumor spreading, telling lies and teasing (Coloroso, 2003).

Bullies or perpetrators are more hot-tempered and have already attributed hostile motives. They are usually socially intelligent and are skilled manipulators who use their abilities for antisocial behavior. They are mostly rejected by community since their childhood and come from violent families who lack warmth and discipline. Various studies have derived importance of the roles played by the defenders rather than being bystanders. Defenders are more empathic and they display a feeling of self-efficacy. They gain self-confidence in defending others regardless of the size of the bully (Coloroso, 2003).

To suppress bullying, society should implement proper interventions that can help. There may be schools based interventions and general interventions beyond the educational establishment. They include parent training, dealing with community violence, and suppressing the level of violence in the mass media. At schools, teachers should work in close collaboration with students regarding school rules and discipline. There should be peer support systems which encourage people across the lifespan to be defenders as opposed to bystanders. There should be interventions aimed at helping victims and condemning bullies. Nonetheless, it will be purposeful only when all the stakeholders such as teachers, students, and parents participate (Coloroso, 2003).

The advent of social networks and technology has expanded their use by the teens and has become a primary method of their communication. Adolescents’ motivation to use social networks and technology has become imminent due to the easiness of connecting with friends, making acquaintances, and searching knowledge on the internet (Spies, Shapiro and Margolin, 2013). Teenagers, in fact, dominate the social networking sites like Facebook and MySpace. The time they spend on electronic media is quite substantial and significant.

Social networks and technology are generally beneficial for the improvement of adolescents’ social connections and skills. The stimulations hypothesis denotes how it is easier for teenagers to self-disclose online comparing to real life interaction. For teens that are unconfident in face-to-face communication social network becomes essential part of development. They easily meet their social needs thorough interaction via the Internet. This results in their ability to improve their voice tones, eye contact, and facial expressions among other communication facilities (Spies, Shapiro and Margolin, 2013).

On the other hand, social networks and technologies have adverse effects on teens’ cognitive development through academic disturbance. There is less studying time which teens replace replaced with time spent on the social media sites. Also, there appears the problem of multitasking which results to inefficient studying and low levels of concentration. As a result, there is a great correlation between low GPA among teens who use social media more than necessary.

To counter the adverse effects of social networks and technologies on kids, there should be measures to balance the utilization of these sites and traditional social developments. Teens should be introduced to more rewarding social contexts that will help shape their communication and interaction habits. For instance, these may include communication programs for the teens. Parents should spend more time with their kids helping them develop face-to-face communication competence rather than allowing them exploit social media only (Spies, Shapiro and Margolin, 2013).

Divorce, singlehood and separation are some of the unfortunate barriers to a happy relationship. Although these life transitions are avoidable, they become very detrimental to the partners in case they happen. To be single means to be alone as a result of not being married or the death of a spouse. Separation is an unofficial parting of spouses while divorce is the termination of marriage agreement. All these forms of parting have different social and emotional effects of both male and female (Duran-Aydintug, 1998).

Men grieve the loss of a relationship when it ends while women mourn it before the breakup. Both separation and divorce leave men with the heaviest burden of the social and emotional aftermaths of singlehood. The reasons for parting might be extremely different. Men usually put a lot of efforts into work trying to maintain a career. In most cases, it results in having a little time with the family. This makes it hard for partners to adjust to the situation of separation (Duran-Aydintug, 1998). After it happens, former couple has to cope with the emotional changes. The reality of cooking, shopping and cleaning is evident, but there is less social support than man used to enjoy. Males feel left with a sting of self-recrimination and emotionally damaged. Men are emotionally affected, and as the courts usually grant women financial support, men do not receive any. As a result, they all have to take the social responsibilities their wives used to undertake (Duran-Aydintug, 1998).

In general, for men singlehood is more striking than for women since there is much more social support provided for females. At the same time, men, experience feeling of loneliness, limited social and sexual life as well as a reduced sense of security and exclusion after the marriage. Divorced men experience disrupted social patterns, increased depression and anxiety as well as impulsive behavior patterns. Males with low-paid jobs suffer from low esteem and persistent withdrawal and isolation (Duran-Aydintug, 1998).

The number of elder adults placed in care facilities is increasing by the day, and quantity of these establishments is expanding. As the number increases, there are reported cases of elderly abuse in these centers. This fact is becoming a serious problem nowadays, and an abused person has a higher likelihood of death comparing to those who receive appropriate treatment. Physical abuse is a common form of mistreatment that involves physical harm to an individual. In most cases it is intentional since it involves hitting or punching. It may also take the form of overuse of restraints or even lack of physical care (Payne, 2003).

Psychological abuse is hard to notice, but it can occur in the form of yelling, humiliating, criticizing, or embarrassing the patient. As a consequence, there are cases of behavioral change of the victims who experience psychological abuse. Neglect is a common type of abuse that always is a result of inadequate staff. It occurs when there is not enough care about the elderly and their needs. These may include personal hygiene care and lack of food or basic needs. Neglect can have adverse medical effects such as skin infections, dehydration, malnutrition, and bedsores.

As a caretaker of a health care facility for the elderly, I would first investigate the forms of abuse and explore the ways to counter and completely eradicate them (Payne, 2003). I would embark with the most effective and simple ways of preventing elder abuse. For instance, it is necessary to encourage and listen to the seniors and other caregivers. This is a good way to improve communication between the staff and the elderly. Furthermore, I would also emphasize on immediate intervention in the case of abuse. This would help take necessary disciplinary measures on the perpetrators. Next step is to educate others to report abuse once they notice it. I would work in close collaboration with the family of the elderly to provide the basic needs and avoid any form of deficiency that may lead to neglect. These actions would set continued and effective support to the elders (Payne, 2003).

Death brings traumas to people and is always hard to bear. There are different reactions and psychological challenges experienced universally by families and friends of the bereaved. The stages of grieving suggested by Kubler-Ross explain extensively how grieving occurs and progresses (Mahmood, 2016).

I received the news about losing my friend some years ago in a very prompt manner. It was something I had never expected in my life and his death resulted ina period of constant denial of the situation. I could not comprehend how such a close person to me would succumb to death in such a young age. I tried to refuse to accept the change and convince myself that it had not happened yet. Also, I was angry with myself since I thought there was something I could have done to prevent my friend’s death. I felt irritated by the doctors who treated my friend since I thought or believed they could have done more to save the situation. I wished that my friend would return for some time and stay a while longer. After I realized that nothing could be done, I resorted to some depression. As our culture dictates, we held family gatherings and prayers that consoled us. The burial was an emotionally hard moment, and burying and requiem were conducted as a cultural requirement.

After the death of my friend, I experienced changes in my body weight and changes in eating and sleeping patterns. I became stressed and was easily distracted from very simple tasks due to loss of concentration. My grief was accompanied by extreme fatigue and lack of motivation.. As a result, I had recurring feelings of confusion, and preoccupation. After some time passed, post-traumatic situations and effects became less influential, and I felt more confident in facing adversity. Though there were mild illnesses and physical weakness, I was able to fully recover after a long period of grief and continue living normal life.

Coloroso, B. (2003). The bully, the bullied, and the not-so-innocent bystander. 1st ed. United Kingdom: HarperCollins.